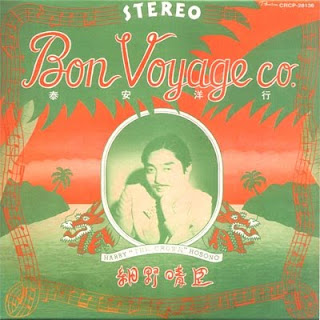 In the mid 1970s the future bassist for the Yellow Magic Orchestra, Harumi Hosono, was a minor star as a lounge revivalist, a Japanese version of Leon Redbone perhaps, creating a great post-modern frisson by doing Japanified versions of American orient-inspired exotica like "Hong Kong Blues" (swapping the original "colored man" for a more PC "kind of man") and "Salt Peanuts." Hilarious stuff! And also great, why can't Japanese impersonate Americans impersonating Japanese? They have great organ and about eight marimba and xylophone players. And Hosono's voice is as rich and lovely as Redbone's even on the worst of days. At times as on the heavenly "Exotic Lullabye" he provokes hilarity through "Americanese" ranting. Great, great stuff!