The Dreams of the Duke 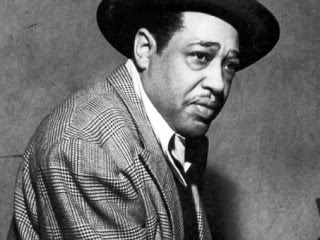 Watching Ken Burns' JAZZ over the course of last week I was dismayed by some things, intrigued by others. For one, way too much hovering over death details--grieving for moms, last meals, etc-- for titans like Satchmo and Duke, and not enough about some of the other tragedies, like the death of Scott la Faro interrupting what was fixing up to be one of the most ESP-ish of jazz trios with Bill Evans.  Mingus and Monk get little more than solos.

But one thing it did do for me was garner a newfound drive to find my old Duke Ellington disc. Now the man has made 100s of albums over a long, nonstop career of constant composing and touring, but I'm looking past the big band orchestral swing classicism and back to the 1930s with what was denigratingly referred to as 'jungle music' but which is now more than ever sounding like 'dream music.' With its soothing, lullaby-style melodics and gently rolling rhythm, Ellington's early sound is that rare hybrid that you can either dance or fall asleep to.

Here are some of my favorite video clips of the Duke's (below). I've written over on Acidemic in the past about my reverence for his 1929 short, "Black and Tan Fantasy" but surely there are others. And more than anything some of that dreamy ambiance reminded me of passages from the MGM opus, ZIEGFELD FOLLIES! I saw that film after emerging from a terrible flu and it just about expressed exactly some of the crazy visions I saw during my 36 hour nonstop delirium. Could it be that the world was just dreamier back in the 20s? Why not think so, since we'll never be there again... except in records... and dreams?

Posted by Erich Kuersten at 12:44 PM No comments: 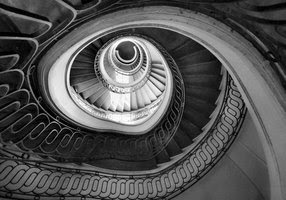 Every time you have a villain who cannot be redeemed, can't be turned into a friend, you have fascism. That's the beauty and sensitivity of the work of Val Lewton. He was sensitve, like a chick. Us he-men, every once in awhile, we get our sensitivity on and we're like wow, life has meaning and value.

Men are encouraged to develop it, women aren't. You see it develop in revenge films, sensitive guy goes from family man to ruthless killer. The warrior mind can be used for good but that's a weird hard road. The warrior mind is in three stages generally:

1. Grasshopper Stage -- Able to ignore skinned knees in a single bound, knows how to use "radar"  (as in a crowded train station), likes to collect stuff. The Bad News Bears 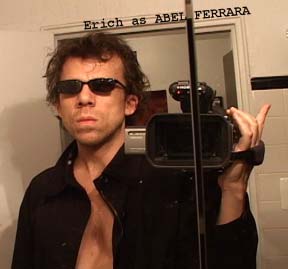 My neighbor is home, drunk.
I assume via loud, erratic thumps.
And bam the bathroom pipe
erupts with muffled steaming; once it stops
some deep down voices yell and cops with sirens
screaming loud then turning down and distant from outside.

Look how easy it wasn't
I gave pens to the lepers and rent to my cousin,
fingers fall like butterflies dipped in inky rain,
the ceiling heightens,
smartens, brightens.

Hideous heart, beat it, get thee gone.
Tear this out from, not my night but my pink-lipped
breakdancer Dynamite Dawn.
Look at her spin like a greaseless lightning, Travoltage cruising
on through the coarse thrushes of winter tedium,
blazing past the tomorrow pocked by babies,
up through daisies like a George Alpha Romero's morning rushes,
caffeine and take threes, monitors alight with needy moms
and temporary insanity no longer a sound defense:
three farmers, one chick, one back fence.
You do the math, you hillbilly sandbox cutter of men.

Let me count from one to ten
with this here magnum you can blow me, head, unclean off,
and then be towel dry for supper, and I'll not piss off your dad I swear,
so kneel down and take it off,
strip the bolt til it's bachelor-laid bare,
exposed to chilly, feet-smell air
let all the neighbors come and see
the low row backhoe toad called
me.

Ah, the other neighbor sneezes. He's the one behind the
brick wall to my right.
A whole other story...

the key to balance is in not giving up too much power to any of your troops, as if you were a general. A good general uses every strategic trick for the ultimate benefit of all. Finally freed from the bonds of self, he still has to acknowledge the self-ishness of his troops and to forgive them for it. Think about the root word of selfish, i.e. as part of the family of -ishy adjectives: oafish or thuggish, hashish (How very hashish of you). But to be selfish is then to lean towards an abundance of the self; to let the light bulb brightness of ego blind one to the sun at large. How can a good general not go mad watching his troops stagger through the world blinded by light bulbs when there's a perfectly good sun right above them if they'd only look directly in it? He must forgive and tolerate with the same patience a father watches his infant son.

Anything less is to succumb to eventual madness.

Writers are forever trying to capture unique mental states, in order to trigger them in others. The butterfly nets catch both fairies and poseurs, gently daffo-dealing lilacs cresting past lucrative enchantments and panic attacks to get to the pearl of wisdom. Jump twice not once
from love's embankment.

As dreadful sorrow attorneys with golden sunflowers
stand near yet far away from the awful scene.

Only we, the chosen, see that both sides of the fence are fucked.
No choice then but to dig, dig dig.
Below all fences, into the nasty beating-blackness
of the crude oil void.
Grab some spoonfuls of crusted treasure
and hope it's what heals
our empty tanks,
wheels our steel-enforced, four-door gurney farther
from the morgue
and seals our floors. 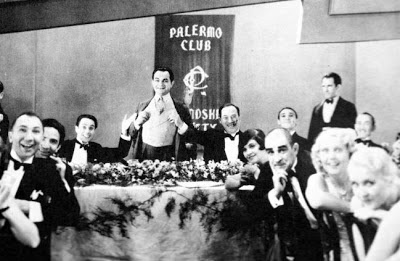