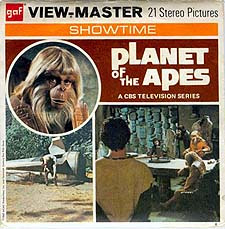 My earliest recollection of getting really into a toy was my Dr. Zauis doll, which was about 3/4 of the GI Joe size, but we in the Knapp Elementary ape society wouldn't play with ordinary Joes, and one kid tried to infiltrate with his pint-sized Six Million Dollar Man. Apes kicked his ass! Then Zaius lost a leg, but my wily babysitter tied a shoelace lasso to his little ape hand so he could lasso things and swing around. Those were some crazy adventures, climbing the stairs like it was Everest. Eventually he disappeared... at least I can't remember losing him or throwing him out or outgrowing him. And of course we had viewmasters (above), with which to see dinosaurs, Alice in Wonderland, the Planet of the Apes, and various geographical excursions in exciting 3-D! 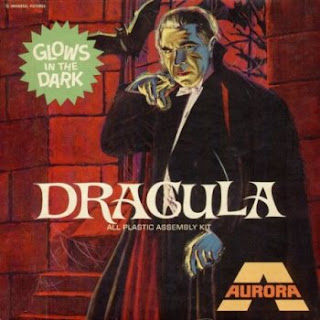 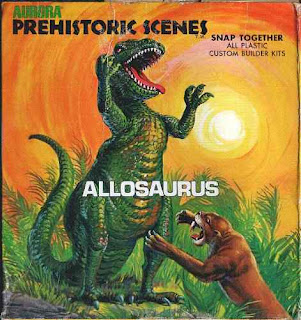 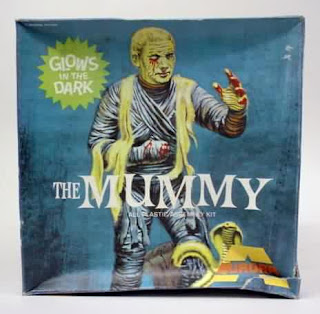 The arrival of Aurora monster models changed everything. Dracula was always my favorite, so I got him first, and shunned Dr. Jekyll and Quasimodo, who looked to much like Bruce Glickis a kid I fought with a lot because I couldn't stand his fat dumb face. It wasn't bullying because he was actually bigger than me, and all our fights were bloody nose draws. Fuck Bruce Glickis! 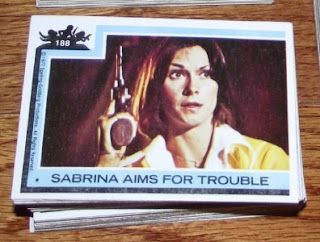 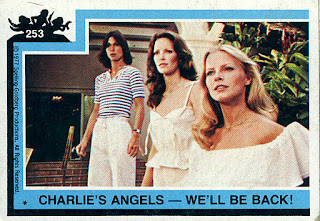 Charlie's Angels was my first big introduction to the appeal of girls. I couldn't stay up to see the show, but I clipped pics from magazines, TV Guide and Time especially, then later Teen Beat and all that crap. Eventually I made a big scrapbook of it all and then sold the scrapbook to a kid down the street for $40, a fortune at the time. And I'd moved on by then. 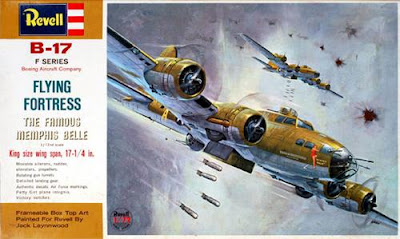 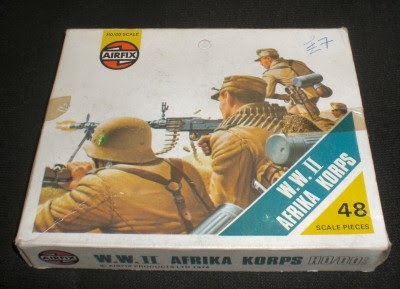 And then - well, WW2, you can guess the rest. I was a boy! I joined forces in 6th grade with a kid named Alan Pyle -we started drawing and selling our own line of comics, and of course playing a lot of WW2 HO scale campaigns. Later we moved onto designing TI-994A computer games and D&D modules. I left my girl obsession in the dust until the Playboy years began. Next stop: punk rock, real girls, and the dawn of the VCR!
Posted by Erich Kuersten at 8:08 AM No comments:

Wrap Your (Girl) Troubles in Drinks - a vidmix.


Ah the 1990s - the last gasp for mopey depression- if you were in your 20s during this era, as I was then you know that it was a good time for music. Nirvana's explosion in 1992-93 had opened MTV up to all things even remotely grunge, so weird college acts that would normally never see the light of day got a chance to become fleeting stars. If you were a mopey feminist who liked to cry all night in his bourbon, it was your time to shine. It all ended with Napster killing small labels and Elliot Smith stabbing himself in the chest. Now. all we have are dusty CDs hidden far away in case books, and memories. Even the depression that spawned this music and made it listenable is largely gone thanks to SSRIs, and of course Britney Spears and MTV changing its tunes. But the music never dies!


Helium - "Wanna be a Vampire Too, Baby" - love the scrolling effect. Elegant.

L7 - "Pretend We're Dead" - Lesbian feminism in a grunge-angst setting..."Wake up and smell the coff-fee!"

Jennifer Trynin "Better than Nothing" - one of my favorites, since it mentions doing shots of whiskey!

Kittywinder - "Crazy Weed" - 1997 - a Boston / New Hampshire / NYC band that broke up only months before I started dating the bassist... crazy weed is right?


PJ Harvey - "Legs" - (live in 95) its host album "Dry" was released in 1993, but it's as forward leaning as ever. I love her more than a word could say, though her last few albums have left me... well, not dry, but not soaking like Dry or Stories from the Sea.

The awesome Pixies -"Gigantic" in '88! BN (Before Nirvana)

Even farther before, one of my all-time favorite songs ever, "The English Roses" by my first rock crush, one that's shaped my destiny, Chrissie Hynde and her Pretenders. Half the band would be dead soon, and 30 years later, she's still rocking. I love you, CH!
Posted by Erich Kuersten at 12:16 PM No comments: