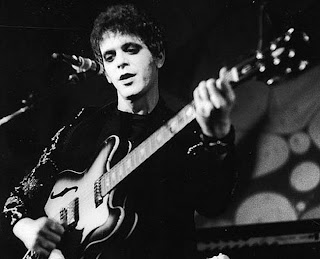 Punk was a big tent in the early 80s--it included thrash or 'slam dancing' (as moshing was called then), but also reggae, Dylan, Bowie, T. Rex, Stones, Johnny Cash, and what would later become known as Goth. Mainly even over and above the thrash, at least where I was concerned, was the free-form originality of rock songwriter groups like REM, Minutemen, Husker Du, X, Flesh Eaters, DOA, will the last American band to get played on the radio please bring the flag?

And me, I got into punk via Lou Reed, and wearing a Lou shirt caught me the notice of the punk contingent at school, who turned me onto the Clash, and by extension Bob Marley. That's right, Bob Marley used to be punk rock. Why? Because the only way to learn about him, if you were a white kid in the 'burbs, was via the Clash; I remember picking up an LP of Natty Dread from the 'world music' folder, and listening at home under my covers with headphones and feeling like I was breaking some kind of law, arriving at some wild-ass destination.

Maybe I was, and am.... our main hangout was City Gardens in Trenton, usually $5-10 for an all-ages show, in the days all ages could smoke, and mosh, and look tough. We'd sit on the floor under the stage and smoke so many cigarettes we'd almost pass out. Man I was bored of each band after three songs. But whatever, it's history: I saw Ramones (probably five times), Iggy Pop (thrice), Replacements, X, Husker Du, Circle Jerks, REM, and Lou Reed. At home we'd watch tapes of RUDE BOY, GIMME SHELTER, GET CRAZY, and REPO MAN while smoking in the house and siphoning our parent's liquor after they'd gone to bed. I wore combat boots, black eyeliner, a crew cut with a duck tail, and flat black nail polish. Like I said, big tent. I've gone through a dozen seismic taste shifts since, but hey. Shit still holds up.

Posted by Erich Kuersten at 11:05 AM No comments: