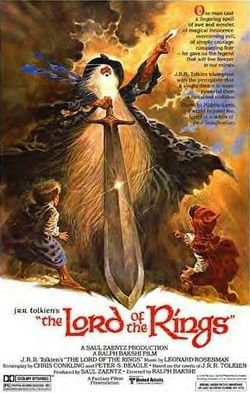 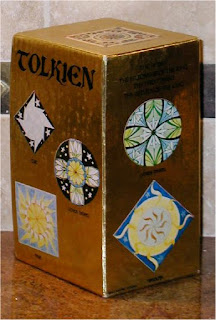 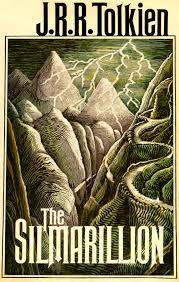 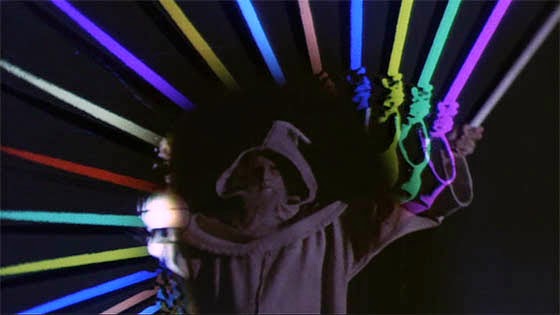 from: Depths of Mordor: SONG REMAINS THE SAME

Don't laugh at their fantasy excursions, because as I said, at the time (mid 70's) all that Dungeons and Dragons / sword and sorcery stuff was still dangerous and sexy; it hadn't been overrun by nerds, Spielberg/Reagan conservatism, the Disneyfication of Times Square, the re-chastening of AIDS and the rise of Harry Potter. Don't forget - in the real LOTR and THE HOBBIT, everyone smokes!

In fact the Ralph Bakshi animated version of LORD OF THE RINGS movie in 1978 (above, left), by way of illustration, was dark and violent; it was something older kids got high and went to see at midnight shows. Fantasy of that sort wasn't for children, but for teenage stoners - the world of HEAVY METAL, THE WALL, and Bakshi's entire oeuvre. Try to image that kind of stuff coming out today and you can't. Even then you couldn't. Those sort of movies never ran TV commercials (their soundtrack albums were enough) and there were no videotapes yet, no cable, nothing to watch at home for slumber parties. If you wanted to see LORD OF THE RINGS you didn't wait 30 years for DVDs to be invented, you snuck out when your parents were asleep, jumped in your friends' battered Mustang, got high on the way, and-- still in your pajamas and slippers--snuck in through the back door of the theater. SONG REMAINS was almost a prequel. (more) 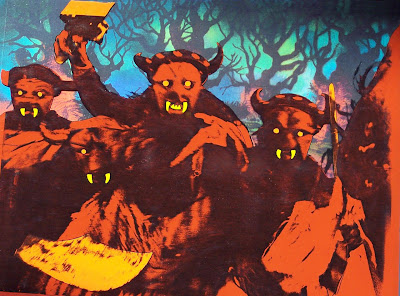 Posted by Erich Kuersten at 9:18 AM No comments: