Laura Marling, the Victoria of Mitchells 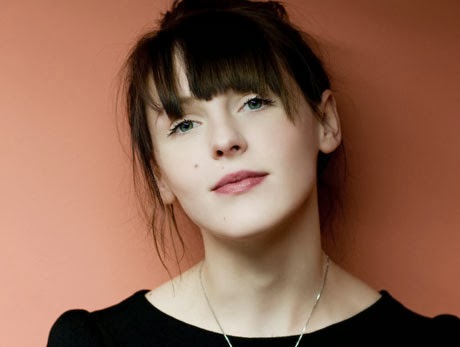 I know that's very 'inside' as in my own mind - not even sure why Victoria but the Mitchell is Joni Mitchell, of which the great Laura Marling, singer-songwriter 20-something Brit of immense talent, is a direct descendant, not an imitator, but because her voice has that deep mellow wood feel where it can drop vast octaves down without seeming to try, and can stir the lion heart without losing a tossed-off conversational tone, all much harder to achieve than one would think; she gets a sweet conversational tone between herself and her guitar, and our lovesick souls. I listen to her a lot on the bus to work in the morning and together we mourn for all my exes, my sad sick soul, the lifetime prison sentence of an 8:30 AM wake-up. What an ungodly hour, but dreams carry through - what else can one do on a bus? I fell in love long ago with what past dismayed girlfriends and abashed flatmates have called 'sad chick music' - it began with my mess of an emotional catharsis driving around Seattle listening to Joni Mitchell's Blue, which I got on cassette after being charmed by her "Harry" on a UW college station. An extraordinary thing happened - I began to cry - this being 1989, a time right before the dawn of PC thuggery and modern sensitive male nonsense - it felt forbidden, like my little secret.

What a release! I felt emboldened and spiritually awakened by a kind of pure floating love; like in the movie Her - I was in love with a disembodied voice, but it was purer, no sordid sex, only a kind of courtly Jungian grace. My unconscious feminine anima was using Joni Mitchell to speak directly to my conscious male self.

But Joni only has a few really great, sad albums, by the gorgeous but much poppier Court and Spark she's moving into jazz explorations, with Jaco Pastorious' fretless bass setting a show-offy slick mix of key changes and vocal acrobatics that were trippy and impressive, but also a little square.

So much sad female vocal music in the interim has either been to mopey, too electronic, too shoegaze echo-drenched, or ala Sarah McLachlan too overproduced and manipulative, or too jazzy too singer-songwriterly diva-esque--so packed with esoteric abrasions that only die-hard fans don't feel like they're listening to an overly confident girl pacing her bedroom on the phone with her grand piano and a doting father's financial protection. Or if they're more austere, it's still with this jazzy breathing technique and slick production. 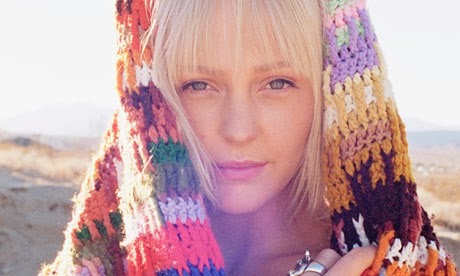 But gifted youth Laura Marling is far different. I treasure her, and most of her songs. I've even assembled a perfect hour or so of my favourites to mope in a half-asleep revery to. And I present it here now via Spotify. And LM, thanks.


Posted by Erich Kuersten at 10:12 PM No comments: