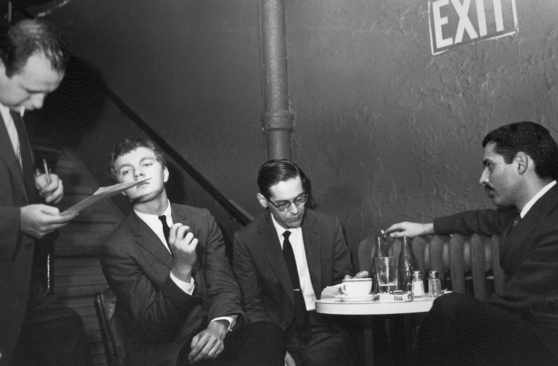 For a few marvelous gigs in 1961 an unduplicatable ESP magic existed between Bill Evans, drummer Paul Motian and bassist Scott LaFaro. A marvelous extended gig at the Village Vanguard resulted in a few amazing LPs of live music. The three men knew they had a rare magic, and then LaFaro died in a car crash ten days after these tracks were recorded. 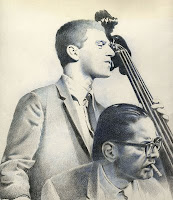 These are subtle works. Listen with headphones and don't listen the way you do to rock - i.e. following the melody until it rings like a jingle in your bran. Here's a music of communication. Just listen to the interplay of drums, bass, and both hands of Evans on piano - four distinct voices. It's so quiet and perfectly interlocked you can almost hear the whispering of an angelic voice inside of it. In fact, since it was recorded live at a club you can occasionally hear the clink of dishes and glasses, and the usually respectful low talking of people at tables around the microphones. It's nothing obtrusive, though does indicate the audience is a little distracted at times, getting their checks, finishing their coffee with a clatter of saucer. That's natural - it would be hard to focus in on this stuff in a crowded room. As I say it works best alone, ideally in an isolation tank or at least in bed with really good headphones, and maybe Salvia. Lucky for all of mankind, the brunch may be long over but the genius is going on right there in the room still, trapped in amber LP grooves, but free every time it hits the needle.

Evans was so broken up be LaFaro's death he went into isolation and stopped playing for six long months. His later work is good but it's never been quite the same. I completely understand. It's crushing. This is rare magic. So soak it up!

Posted by Erich Kuersten at 3:48 PM