She got pinned down at the party pit: My mad love and props for the Hold Steady 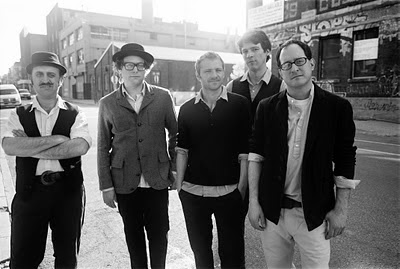 I love the first three albums of the Hold Steady! Right? Until they got straight and realized you gotta stay positive. With the E Street Band-style rockin' piano and swelteringly badass electric guitars, their first two albums are amongst my all-time favorites, both as great literature and great music, a mix of Born to Run and Denis Johnson's Jesus Son.

Ask someone who was in the fast lane for awhile and got out: it's amusing, heartbreaking and deeply thrilling to listen to Craig Finn's detailed stories of drug use among the Minneapolis youth and be able to connect deep, even though I've never done heroin - and taking years to realize that my initial translation of the lyric "she got pinned down at the party pit" (from the song "Party Pit") was that she met a nice clean cut boy and started going steady. I figured there might be some hidden sexual assault meaning in the idea of 'being pinned down..." 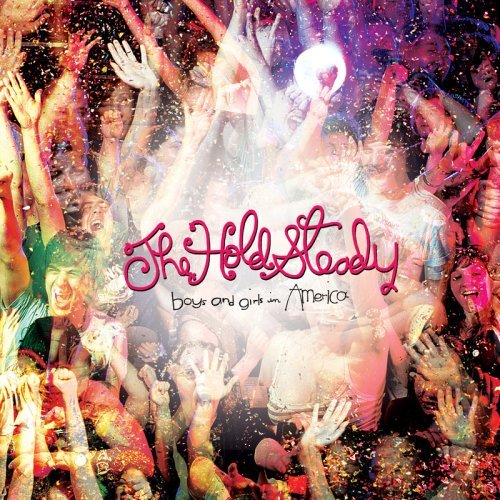 For shame! It shows you how a lifetime of hearing bad lyrics to pop songs make you presume the worst about even druggy troubadours like Craig Finn. Is Finn so desperate for a rhyme that he would just through 'pinned' in there as a kind of antique phrase signifier term that's not been used since the mid-60s. ala "Bye Bye Birdie?" -- I was in the chorus for that in high school and one of our lines went: "I heard she got pinned" / yeah yeah, I was hopin' she would / now we're livin' at last / goin' steady for good."

Am I such a square as that? Should that be my initial thought, rather than presuming it's about heroin, the only drug I never got to try before I had to start going to AA and living the life of a reformed alcoholic on the somewhat straight and narrow? That's the breaks... Finn makes heroin sound pretty awesome, until it tightens up its tentacles and you take that crucifixion cruise (i.e. the Golgotha-level agony of withdrawal).

But hey, I got other things to slide in there --ecstasy, love, acid, shrooms, and headlining rock shows lost in the glitter and the gold. Finn keeps my options open.

"First Night" taps more beautifully into the sorrows of life post-ecstasy than any song I know -- the melancholy warm glow remembering the first time you really got off with just the right friends around and everything fell magically into place and it's all warm fuzzy and you feel like yourself and loved by people whose love you actually want, and free for the first time--extroverted!--and even into the morning until you say goodbye to people who are now far more than friends because your open souls bled into each other's for keeps and always.

Then you wake up alone the next afternoon, hung over, a puffy gray stranger in the mirror. It's already dark outside--the whole Sunday afternoon long gone. You sit around and realize that even if you do more drugs than you did last night, with the same people, you'll never feel that good again... You think you can get back to the garden the following week, but then 10 years later you realize it was just a tortured memory--you got that one great night just to make all your other nights horrible by contrast. So while every time I hear the sweet juicy opening chords of "Hummer" by Smashing Pumpkins I get the chills of that lost rush, and thanks to Finn and co,m I also get the sadness of knowing "we can't get as high as we got / on that first night".

Heaven is Whenever is a pretty good album, but it's no Boys and Girls in America which captures that giddy "first night" feeling so well it never fails to make me cry, get chills and rock out all at once. Separation Sunday, the album before that was pretty great, too, with that instant favorite song "Your Little Hoodrat Friend" which nails Golgotha-like being16 and trying to seem cool to the older kids and love all the obnoxious punk rock they like, and then you hear the first Violent Femmes album and you know it's all going to be okay and two minutes later your very first alcohol buzz kicks in and finally black and white Kansas fades away and everything glows in Technicolor and you can talk to girls without blushing and stammering. We all start out the hoodrat, then date the hoodrat, then avoid the hoodrat, then we decide to "give back" and help a hoodrat stop being one. Boys and Girls in America reminds me of that.

Some reviews say Finn's characters are 'low-lifes' but I don't think that's true, aside from that when you hang out with heroin people or cocaine people the scene naturally gonna get a little gnarly. That's why I stopped going to NYC parties, because cocaine came back, circa 1998, and as far as I know it's still there... I couldn't deal with coke, too ego-ish and too hard on my nostrils, which would swell shut and bubble out hot liquid snot all the next day which turns off all the models your roommate slept with and who are now eyeballing your pockets and nostrils. I did drugs not to get laid or be cool anyway, or use to get models into bed, but to see God and ask him to make me a better writer and painter and less depressed, not to sit with beautiful models too ritzy and stuck up to talk to me and watch them fall over themselves coming onto skeevy hoodrat low level runners who follow in the wake of the coke dealer's cell phone call ("yo! they got hot bitches here! Get yo ass over!").

Sometimes just to annoy them I'd act all high, sniffle a lot and act suspicious and moist-eyed after exiting the bathroom; them models would be all on my tip after that until they realized I was faking them out, but then again getting into bathroom was impossible, no one ever left, so if you weren't drunk enough to pee in a bucket in the back of the kitchen, you had to go home early, and fast.

That scene became like listening to how she got pinned down at the party pit, it was so funny to realize that I'd just assumed--and subsequently never liked the song as much as the others--that getting "pinned down at the party pit" means, you know, the de regeur of the life- the going steady for good - instead skipping off the bathroom with girlfriends to pop some H, some horse, a first timer! Some white lightning, usually offered by a sketch dealer to get you intrigued but also any guy wants to get you in the mood but not comatize you.

A pin, it turns out, is a needle full of heroin, or a pop, what else do you pop the skin with? I presume it means you don't do a whole mainline into the vain but just pop some into the skin. I in my blithe laziness had assumed it meant the old-fashioned phrase of going steady. What? It made me realize that while that kind of lazy thesaurus rhyming (I need a one syllable word for going steady!) might do for a normal singer, Craig Finn is a real writer, a man of few words where every word counts, and every other word is about the scene. I assumed he was too hoodrat to be that detailed. But I was thinking of my scene, how it devolved with half going off to get married and the other half going sketch, until it was ALL hoodrats. 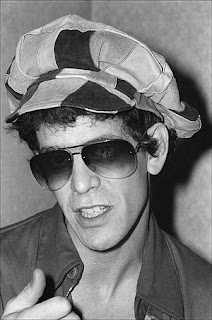 God! How many other lyrics have I misinterpreted!? "Shooting Star" by Lou Reed? "Hit me with your best shot?" by Pat Benatar? "Monkey Man" by the Stones? "Shot of Love" by Bob Dylan? Who knows, maybe every single rock song worth a damn is about getting pinned down....

Only I never got pinned... not once.
Posted by Erich Kuersten at 11:40 AM No comments: