The Tao of Cash 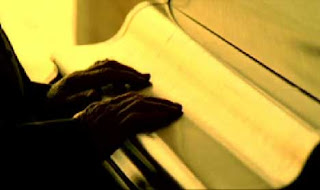 I’d been reading Sogyal Rinpoche’s THE TIBETAN BOOK OF LIVING AND DYING and had a panic attack when I read Rinpoche’s response to a student who said (referring to a talk Rinpoche had just given on impermanence: “All this seems obvious, tell me something new.”


” Have you actually realized the truth of impermanence? Have you so integrated it with your every thought, breath and movement that your life has been transformed? Ask yourself these two questions: Do I remember at every moment I am dying and that everyone and everything else is, and so treat all beings at all times with compassion? Has my understanding of death and impermanence becomes so keen and so urgent that I am devoting every second to the purpose of enlightenment? If you can answer yes to both of these then you have really understood impermanence.” (p. 27)

Dude! I totally understood that-lived that, had that recognition, on a mindbender of a trip… once, ling ago, when I had been touched by the electric hand of God, and had the boundaries and walls between my consciousness and unconsciousness clean wipes away so that all was illuminated and perrfect and in this moment.

But what about music video? Is there a video that brings this urgency to light, strips away our petty samsara blindness  from us and makes us feel and embrace impermanence as opposed to the endless “gimme more bling” parade of gangstas, dorks and superheros who all firmly deny death?

I can only think of one and it’s rather short. That’s right…. the video for Johnny Cash’s cover of “Hurt.”

Johnny Cash - (HURT) - The best bloopers are here
I wrote the above in 2008. Tonight I was listening to the Cash album, or at least to "I Hung My Head," which turned up on ipod shuffle, and once again I shivered with the power and humility in Cash's cracked voice. Like all his fans, I hear a little bit of God and a little bit of Jesus and a little bit of Pontious Pilot and a frightened child mixed together in an old man's voice as he stares unblinking into the void, and sings a Trent Reznor song. And it came to me that all Cash's career and life was leading up to this one album, this one perfect expression of all he was and all that was left, every song every live in prison album was leading him to this one moment of pure grace that was for all of us. It makes other music videos seem so surface shallow as to be invisible in the rapidly flipping pages of time that Cash is privying us to. Even the Jesus crucifixion stuff peppered along the way of the video is deserved.

Shots of him all through his career mesh beautifully with old Cash at a table of the damned, and the nails going in the hands. Reznor's lyrics aimed here right at God and Jesus, a little touch of hate towards the utterly simple funnel design by which they eventually get to roast all of us on the spit of heaven and eat our flesh, gesturing out the lyrics like he's an ancient Native American chief telling the tale of the crazy man in black who once strode the land, his guitar and attitude (the one speaking clip insert is a young punk Cash in some film, shouting "Stay the hell away from me!")

Towards the end June Carter comes downstairs and just looks at him sadly, the Cash museum is clearly real, with all the memorabilia and empty shelves caked with dust. The young Cash seems to be trying to find a way into the house where old Cash is living, a kind of 2001 Bowman time collapse meltdown.

A soul this brave and wise and humble, beautiful, and true deserves not to have to come back to this sorrowful space-time dimension if he doesn't want to, but I hope he does, the star child in black, and if we can find him in his next life before the world has a chance to crush him down, maybe this time our love will be enough to save him. I don't want you to die, dad. I don't want you to die. If I am still right here.
Posted by Erich Kuersten at 11:29 PM No comments: