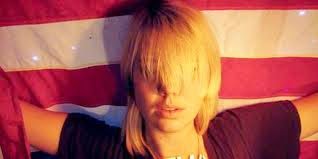 An accessible punk St. Vincent crossed with Debbie Harry as played by Pris-era Darryl Hannah, ready to hit the Deckard like a sonic version of She-Hulk or break K-addicted hearts like Lana Del Rey, Erika M. Anderson (EMA) is one of my favorite artists ever since her Past Life Martyred Saints blew me away and helped me accept the inevitable dark death horizon (see "Strangers with Wet Hair") as my father lay dying and I had my cell phone off watching Tree of Life at BAM. 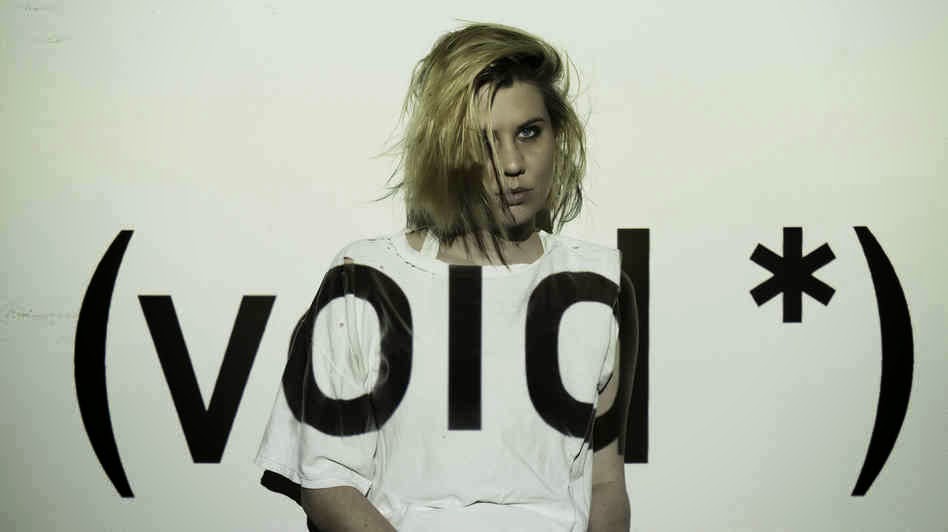 I like many sorts of music but the kind I love best is what my friends call my 'sad chick music' - meaning it's sung by girls and contains melancholic catharsis, i.e. sad but not in some soulful Adele kind of way, but rather a mopey walking down the street at dawn feeling the chemical despair of a post-ecstasy rave come-down wrack your Sunday evening soul with reproach kind of way. I learned the way to get through this is by developing a kind of masochistic indulgence of the soul crushing sadness (and the actual blues haven't worked for me since the advent of CD and my sobriety - some music needs whiskey and analog to work its magic). So the princesses of the digital age are the ones who can capture the sense of loss as the whole idea of albums vanishes into the 'cloud.' That's why I love the mournful quality of EMA's sadder songs, which are contrasted-- on her major follow-up THE FUTURE'S VOID, which came out a few week's ago-- with some more shrill wailing howls of fuzzy static pain and sludgy beats, as on "Smoulder" - which comes on after the rapt gorgeous "3Jane" - with its sad refrain that we've all become just another big adver / tising cam / pain.

Standing at a colossal six foot and looking like some glamazon mix of my Aunt Ann, Kim Gordon, Courtney Love, and a blend of every character in Kathryn Bigelow's NEAR DARK, Erica handles lots of make-up and hair bleach like she's to the punk rock manor-born, and while some of her more shrill noise stuff doesn't grab me, the contrast it creates with her slower more glacial stuff makes it all worthwhile. While critics fawn over St. Vincent's recent release -- which, like EMA's, focuses on the pros and cons of the digital age - the slow unmooring from this crinkling earth reality -- it's EMA's stuff that is, somehow, for being a little more chaotic, darker and lighter at the same time, more human, sexier, toothier, the better of the two--not that we should compare them since they're both fetching young ladies and that's what we've been trained to do. They both rule, but EMA is cooler.  I've been inspired to collect my favorite of her works thus far on a mix. Why wouldn't she deserve a best of after only two albums, some EP singles, B-sides, and her past two-person Fargo ND band Gowns?


I even made her a mix CD on Spotify to show my devotion! I know she's on there, but she hasn't answered my letter or subscribed. I listen to it anyway... aren't all mix tapes better when made for someone you adore in one way or another, even if you never even met them, they never hear them, and only you actually listen to them?

Posted by Erich Kuersten at 9:30 AM No comments: