1993- When We were on MTV, the NY Times Style Section, and Ruling the City, so Hungover.... so Hungover A mix straight from the NYC streets in 1993, when MTV was cool, Nirvana changed popular music for the better, more or less, and I had St. Vitus Dance and a love of PJ Harvey. I had Dry and Rid of Me on cassette, as well as Siamese Dream, Beck's Mellow Gold, Nevermind (of course), and Urge Overkill and listened to them during the super hot NYC summer on my Walkman while staggering around the black gum-sticky Manhattan streets, the music frying my dilated nerves and making the grime sparkle. Sexual longing and unemployment shame made it all come together like a soft-loud-soft chorus.

Soon enough the boy bands and dance music, the Britneys and the Syncs, would bury the grunge / punk scene. Cobain died, his wife went postal, Billy Corgan wouldn't sit with us at Chez Esaada the same night Catherine threw up like wine fountain in the midst of our circle, and Phillip got kicked out for a gay bathroom moment.. We went to Lansky's a lot - a real old speakeasy with a back alley entrance guarded by real rats on the LES. I'm sure it's gone now - while there, in our tuxes we made the NYTimes Style section cover - different times.

I don't suppose things are that crazy yet stylish now. For one thing you can't smoke in bars anymore, and you can't dance--the only two things I had left after I got sober in 98 and my fab friends are all now married with kids. The ones who kept doing coke are either dead or summering in Ibiza and Fire Island where sobesky poor folks like me dare not follow. That's fine for me, baby I'm a rolling stone. Yeah Yeah, Yeah Yeah, I can bleed when I want to bleed!


Things happen. Portishead and Tricky and Moby and MDMA changed the landscape. The sudden availability of cheap, good, delivery service coke changed it still further, badly. Right around the time I was getting sober and convulsing on the couch, my crew started with the rolled-up 20s and parties were marked by sudden surges of sleazy dealers stealing our hotties' attention and luring everyone but me upstairs to the master bedroom. I stood there, swaying, oblivious by the downstairs snack tray 'til I realized I was alone; they were all upstairs, angling for their money's worth. And so I left, and never came back. The 90s were over. It all came down. But we have the music, still... here.... on this Spotify mix, if you can press play, suckers, then I say the world is ours... 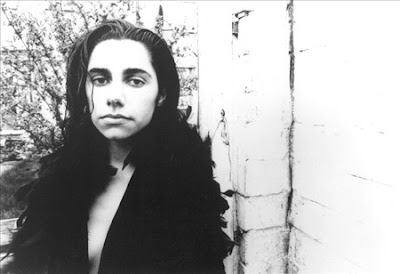 Posted by Erich Kuersten at 9:24 AM No comments: