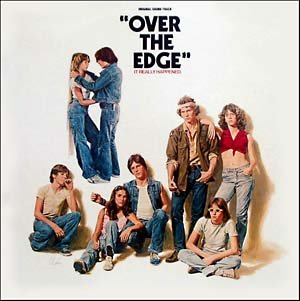 Someone had to do make one - there was a soundtrack for ahwile on vinyl, but you knew that. And nothing on Spotify, so here it is. I cobbled the original songs in the order I remember them, and put on some songs that either could, should, or would have been on there, as they were/are a part of my life in one way or the other, and from the approx. same time and capture the same theme of wild rebellion. 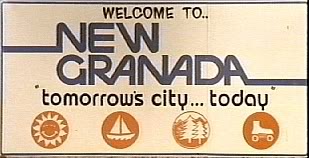 If you have Spotify or something like it - enjoy whilst kicking back with a lil' hash, a 1.75 of Old Crow, some acid, and a brick to throw through the school window. If not, well, you can read my handy rant on this, the greatest youth film of all time aside from Dazed and Confused. Think of it as Dazed's little brother, who never got the chances to be crazy provided the Dazed crew. 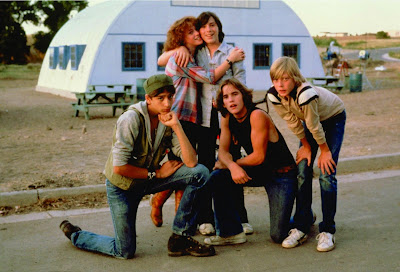 
In AA there's a saying "If you want to make God laugh, tell him your plans." The ultimate factor that destroys New Grenada is the refusal of the parents to admit that the base of their pyramid will probably not widen, and that their kids aren't going to just stop growing just because the town isn't. Kids can't slow their maturation to suit your dowdy suburban growth schedule! Nowadays kids don't blow up their schools and the result is micro-managing parents breathing down their necks and ransacking their sock drawers at will. But today's kids are fighting back, finally. It's Wall Street they're going after now... where the money from Middle America flows and drops like a giant Coinstar. I watch these protesters on the news and for the first time in awhile I have hope. One day, we'll walk in the rays of a beautiful sun, but first, I guess, the darkness... like homework, must be endured. Give the darkness to Claude, let him smoke it; Matt Dillon, go on and create modern indie junkie comovage cinema with Gus Van and Francis Ford. Motorcycle Boy, YOU Live! We... we belong dead. We will go now, into the beyond. Never before has a bus ride to juvenile hall seemed like such a triumph, a march into Valhalla, on the rays of a beautiful sun, one day, when the world is much righter.